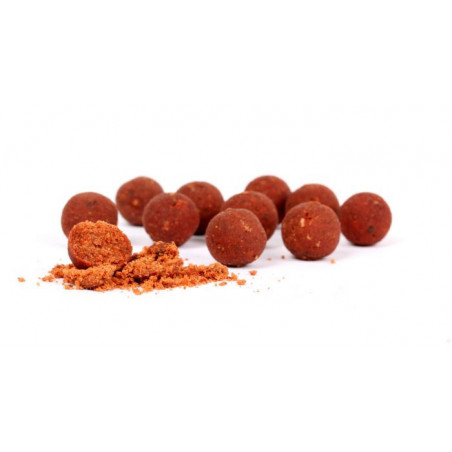 The latest development of the Nashbait Squid Mixes, the 4G Squid is finally available to boost the performance of the famous “Scopex Squid” Mix. 4G Squid boilies contain the famous assets of Scopex, liver oil and a sweetener, accompanied by a remarkable and exclusive flavor enhancer, which propels the success of Squid to a level yet unknown!

At the end of the 70s, during the first tests of Gary Bayes, nobody could have imagined the impact on our baits of squid extract, highly concentrated but still difficult to obtain.
Before becoming the very famous “Nashbait Squid Extract”, he was the cornerstone of Mixes and Boilies, breaking all records, which of course did not leave carp fishermen around the world indifferent! From the 60 lbs First Fish - captured by Gary - to European records, season after season, the “Nashbait Squid” Mix has become a legend! Three decades later, Nashbait launches the “4G Squid” - the ultimate carp bait achievement ever!