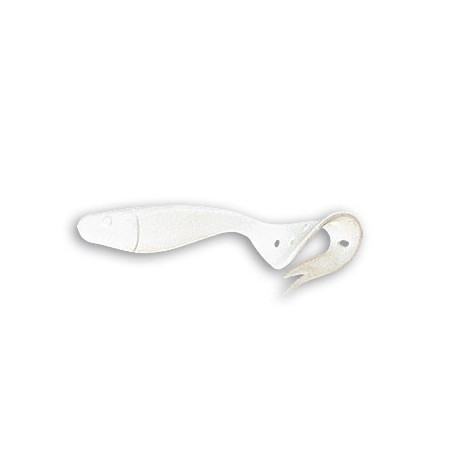 Reference lure worldwide, the Sandra has seduced both fish and fishermen

A benchmark lure all over the world, the Sandra has won over both fish and fishermen. Formed by a Long and fairly stocky body, the Sandra ends in a Long curved tail, Wide but thin, pierced with holes and the end of which is notched. While spinning at low speed, this tail forms undulations of very large amplitudes which generate powerful vibrations at low frequency.
Sandra is used in rivers and lakes as well as at sea for trolling bass.
Every good fisherman has at least one in his tackle box.